I am me....the rookie teacher

As a newly graduated teacher I face some exciting and scary challenges.  I not only face the challenge of educating the children of our future, but also finding new exciting techniques of proposing the material.

As those close to me know the state of Wyoming is proposing a bill to eliminate tenure.  I have many mixed feelings over this situation.  As a "rookie" teacher this is somewhat scary to me because tenure is one of the few job securities that teachers have, but at the same time I can see how it could get the "bad teachers" out and the "good teachers" in.  While I was student teaching I saw many examples of both, and there was one example that stood out in my mind.  There was a teacher who had been there for years.  They didn't propose any new methods of instruction, and were basically there to collect a paycheck or make it to the age of retirement. Most of the students weren't taking anything away from the class, and were constantly down in the class, but yet the teacher would not explain why.  Half the time the teacher did not even have the grades entered into the gradebook because they "didnt feel like it over the weekend." This is an example of a "bad teacher" to me. I can see where a new teacher should be put into this classroom, where students have a chance to succeed. Now on the other side of this agrument I have parents who are educators, who devote their lifes to making sure their student's are succeeding in the classroom so they can succeed out of the classroom also. So in this situation I do not like this bill because I do not like the thought of some one in the upper's taking their jobs away.

Now I know that there is no way that the bill will pass with having no just cause to fire a teacher. I do think the bill is being proposed for some of the wrong reasons, and that is why it getting so much heat.  I think that there is ways to get rid of tenure teachers who are bad, but the boards and administrators just do not want to go to that work. STEP UP! I think that if this bill passes teachers are going to be less apt to push for new exciting teaching techniques do to fear of losing their jobs.

The president of the Wymoing Education Association says, "Consequences could include reluctance to discipline students, establish high standards and expectations, be advocates for students who are not being well-served, make suggestions for improvement, and otherwise act to serve the public interest.   They may be less inclined to experiment, try new approaches or take risks.   Doing what is professional and right for students can often place teachers in conflict with overprotective parents, school officials who want to avoid conflict, and administrators or board members who don’t want to acknowledge problems with the status quo.  Teachers may have no choice but to just put their heads down and “go along”.  Only the truly brave and the foolish will be willing to make any waves teaching in such an environment."

I don't think this could be stated any better. I just graduated and one of the biggest things we were taught is to always be striving to find new creative ways to teach the students, and to me this bill would hinder it big time...that defeats the whole purpose of advocating for the student...so if the teachers aren't going to be advocate for the students...who will? 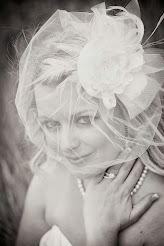 A happy newlywed, starting my next chapter in life. My heart belongs to my husband, Milli, family, friends, coffee, rain, and Wyoming.. 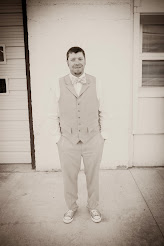 This is the man that can make me laugh tell I cry, and always feel better when I am sad. He loves sports, BSB, trying new things with his hair, dogs, and the Dallas Cowboys. 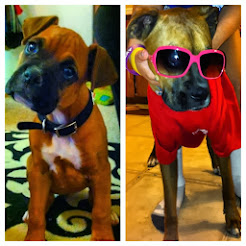 The apple of our eye. She is our daughter and brings us joy every single day.